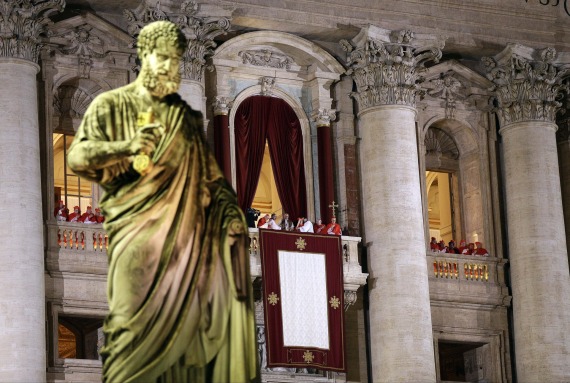 “When a bishop acts in persona Christi, fulfilling his duty to teach on matters of faith and morals by identifying propositions to which he calls upon the faithful to assent, he presumably means to state truths that belong to one and the same body of truths: primarily, those entrusted by Jesus to his Church and, secondarily, those necessary to preserve the primary truths as inviolable and/or to expound them with fidelity.” (Germain Grisez and John Finnis)

Germain Grisez, a “towering figure” in the field of Catholic moral theology, passed away this past February. He was the author of a “famed work in moral theology, The Way of the Lord Jesus,” a work very well known to many of us.  He “also left a lasting legacy in the area of natural law, while his magnum opus, the three-volume The Way of the Lord Jesus, became one of the main texts in the study of moral theology, especially its eloquent explanation of Catholic teaching on such key topics as abortion, contraception and chastity” (see references below).

What I would like to bring to the reader’s attention – and to the attention of the whole Catholic world – are the heroic efforts this great moral theologian made near the end of his life to point out potentially deep problems with Pope Francis’ Apostolic Exhortation, Amoris Laetitia. It is hard to imagine someone more eminently qualified to analyze the moral implications of Amoris Laetitia – and errors therein – than Professor Germain Grisez. Professor Grisez took this responsibility with utmost seriousness, authoring a 31 page letter to Pope Francis, co-written by John Finnis. The full text of that letter is available at the following link:

In their 31 page letter, Grisez and Finnis ask Pope Francis “to condemn eight positions against the Catholic faith that are being supported, or likely will be, by the misuse of his apostolic exhortation Amoris Laetitia. We ask all bishops to join in this request and to issue their own condemnations of the erroneous positions we identify, while reaffirming the Catholic teachings these positions contradict.”

These eight erroneous arguments are (as stated in the letter):

Position A: A priest administering the Sacrament of Reconciliation may sometimes absolve a penitent who lacks a purpose of amendment with respect to a sin in grave matter that either pertains to his or her ongoing form of life or is habitually repetitive.

Position B: Some of the faithful are too weak to keep God’s commandments; though resigned to committing ongoing and habitual sins in grave matter, they can live in grace.

Position C: No general moral rule is exceptionless. Even divine commandments forbidding specific kinds of actions are subject to exceptions in some situations.

Position D: While some of God’s commandments or precepts seem to require that one never choose an act of one of the kinds to which they refer, those commandments and precepts actually are rules that express ideals and identify goods that one should always serve and strive after as best one can, given one’s weaknesses and one’s complex, concrete situation, which may require one to choose an act at odds with the letter of the rule.

Position E: If one bears in mind one’s concrete situation and personal limitations, one’s conscience may at times discern that doing an act of a kind contrary even to a divine commandment will be doing one’s best to respond to God, which is all that he asks, and then one ought to choose to do that act but also be ready to conform fully to the divine commandment if and when one can do so.

Position F: Choosing to bring about one’s own, another’s, or others’ sexual arousal and/or satisfaction is morally acceptable provided only that (1) no adult has bodily contact with a child; (2) no participant’s body is contacted without his or her free and clear consent to both the mode and the extent of contact; (3) nothing done knowingly brings about or unduly risks significant physical harm, disease transmission, or unwanted pregnancy; and (4) no moral norm governing behavior in general is violated.

Position G: A consummated, sacramental marriage is indissoluble in the sense that spouses ought always to foster marital love and ought never to choose to dissolve their marriage. But by causes beyond the spouses’ control and/or by grave faults of at least one of them, their human relationship as a married couple sometimes deteriorates until it ceases to exist. When a couple’s marriage relationship no longer exists, their marriage has dissolved, and at least one of the parties may rightly obtain a divorce and remarry.

Position H: A Catholic need not believe that many human beings will end in hell.

COMMENTARY: I can only imagine that it must have been nearly heartbreaking for Mr. Grisez to read over Amoris Laetitia, especially in light of his profound knowledge of Catholic moral theology. It must have been particularly palpable to Grisez how Amoris Laetitia stood in stark opposition to Veritatis Spendor, the great moral theology encyclical of Pope John Paul II which repudiated in advance many of the arguments put forth in Amoris. To Professor Grisez’s credit, he framed his letter to Pope Francis in a polite and hypothetical manner, but in reality he must have known Amoris was going to have disastrous consequences for the Church if left unchecked. It should be noted, as well, that several pages of the letter written by Grisez and Finnis pertain to the doctrine of hell, and would seem to strongly suggest that Germain Grisez saw a clear causal link between some of the theories in Amoris Laetitia and a general weakening of the Catholic teaching that those who die in mortal sin go to hell. What Pope Francis actually believes about hell was the the subject of much controversy only a few weeks or so ago.

I have personally written about problems with Amoris laetitia in the following post:

WHY AMORIS LAETITIA IS MUCH WORSE THAN ORIGINALLY …

Please say a prayer for a great theologian and defender of the faith, Germain Grisez. Eternal rest grant unto him, O Lord, and let perpetual light shine upon him.