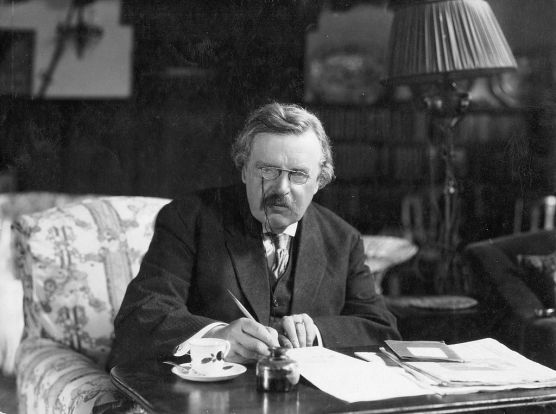 Every now and then I get interested in poetry and spend some time reading a few poems. But to say I live immersed in the world of poetry would be flat out false! I’m no poet, and I owe it to you to say so.

But lately I’ve been listening to Christopher Lee’s enchanting recitation of Edgar Allan Poe’s disturbing but strangely enjoyable poem, The Raven, which has a certain “hypnotic rhythm” to it. The poem speaks to the narrator’s irreparable loss of the radiant maiden, Lenore, who has died (all of which haunts the mind of the narrator). Will he ever see Lenore again? The raven is sent to speak but one word to this man: “Nevermore.” Thus, those famous words from the poem: “Quoth the raven, ‘Nevermore!’ ” Could the poem possibly have any theological relevance? Is not the narrator living in a type of hell? And, theologically speaking, what is hell? “Approach the Father, Nevermore.” It seems to me that almost all the poems I have read contain theological relevance in one form or another, so that poetry touches upon theology, directly or indirectly.

Even Humpty Dumpty reminds me of my mortality, to wit: that there will come a day when even the best doctors won’t be able to put me back together again! And the memory of impending death is of incredible spiritual importance.

And Emily Dickinson’s depressing poem, “I heard a Fly buzz – when I died,” raises all those perplexing questions about the meaning of death and whether the soul is immortal. But for a Christian, if the evocative power of a poetic word is what makes poetry special, then a Word which actually became human very well might be the key to understanding everything. “And the Word became flesh, and dwelt among us.”

C.S. Lewis says that there is “no general agreement as to what ‘poetical truth’ means, or whether there is really any such thing,” but he adds, nevertheless, that “man is a poetical animal and touches nothing which he does not adorn.” Lewis argues that poetry has a particular power “of arousing and satisfying our imagination,” and that “there are two things the imagination loves to do. It loves to embrace its object completely, to take it in at a single glance, and see it as something harmonious, symmetrical, and self-explanatory.” Lewis’ point is that theology, while it is not poetry, can certainly fit poetry into the grand scheme of things because “the waking world is judged more real because it can thus contain the dreaming world….” He says: “I believe in Christianity as I believe that the Sun has risen, not only because I see by it, but because by it I see everything else.”

Chesterton also speaks to the imaginative dimension of poetry. He says: “Imagination does not breed insanity. Exactly what does breed insanity is reason. Poets do not go mad; but chess-players do. Poetry is sane because it floats easily in an infinite sea; reason seeks to cross the infinite sea, and to make it finite. The poet only desires exaltation and expansion, a world to stretch himself in. The poet only asks to get his head into the heavens. If the madman could for an instant become careless, he would become sane” (as edited). Mysticism, says Chesterton, “keeps men sane. As long as you have mystery you have health; when you destroy mystery you create morbidity. The ordinary man has always been sane because the ordinary man has always been a mystic.” It is because poetry can express meaning with less restrictions than a purely rationalistic approach to life, and is therefore not enclosed in the “prison of one thought,” that it more closely approaches the frontier of “first principles,” the light of which “we look at everything” else.

Gerard Manley Hopkins says in one of his poems, “There lives the dearest freshness deep down things.” This famous verse from Hopkins seems to me to be almost the very aim and purpose of poetry: to dig deeper into the meaning of things by producing for us a poetical freshness and originality carved out of symbolically transformative words that express the very depths and transcendence of the human experience in amazing simplicity, concurrently charged with poetical rhythm, all of which sheds light on the meaning of life. As W.H. Gardner once observed of Hopkin’s poetry, there is in it the “sensation of inscape – a quasi-mystical illumination, a sudden perception of the deeper pattern, order, and unity which gives meaning to external forms….” Hopkins is one of the great religious poets, and one of the greatest poets of more recent times.

Paul Roche speaks to the epistemological and even metaphysical dimension of poetry (and the manner in which poetry draws from the primordial reality of things). Roche states that “the reason why pure poetry cannot be immediately understood is because it returns us to that level of immediate contact which is inaccessible to the conscious mind except in so far as it is sieved through the subconscious.” He says: “a double thing takes place in poetry: the idea is broken down again into the sensory data that gave rise to it and is re-incarnated into the symbols which are stored in the treasury of the subconscious. In other words, the idea is returned to the stratum of primary knowledge from which it came, and at the same time the incantatory pulse of the rhythm flows into the blood-beat of the universe, thus coaxing the spirit away from from the tight limitations of the cerebral and letting the psyche merge again with subliminal experience.” It is thus, says Roche, that this “poetic transmutation” becomes “analogously divine in the way that the divine essence permeates equally all….” Thus, “poetry reaches universality not by being universal in its language, but by being specific and particular, just as the senses are. It cuts into and from reality magical facets each one of which shines forth the whole.” What is more, says Roche, these “symbols, these carriers and unifiers of being, are not only images but also rhythms, because the universe is constituted in rhythm.” And this is why, at least for a moment, poetry can make “the universe as coherent and translucent as a drop of water.”

Bob Lerner (a distinguished, contemporary poet) says that “poetry arises from the desire to get beyond the finite and the historical – the human world of violence and difference – and to reach the transcendent or the divine.” If we were to point to a place where theology and poetry meet it is in the use of symbolic and imaginative language in order to arrive at a deeper, more unified, more comprehensive view of life. And, theologically speaking, only a symbolic or metaphorical language can express an ultimate, supernatural truth. “Divine truth and grace are conveyed to us in earthen vessels, the infinite of the finite; the ineffable and the transcendent is clothed in visible forms and signs” (Karl Adam, edited). As St. Paul reminds us, “For now we see in a mirror dimly, but then face to face” (1 Cor. 13:12). Of course, Christianity also relies on historical facts and conceptual arguments in support of its truth claims. Poetry, and the poetic dimension of life, are contained within Christianity, with the added caveat that Christianity’s symbols and metaphors point to true, supernatural realities that represent a complete picture of life, therefore making sense of everything else. Could it be that man is a poetical animal because he is first and foremost a religious being?

References: Orthodoxy by G.K. Chesterton; “Is Theology Poetry?” by C.S. Lewis. Of Edgar Allan Poe, Chesterton states: “Poe, for instance, really was morbid; not because he was poetical, but because he was specially analytical.” And regarding the English poet, Cowper, Chesterton remarks: “…he was definitely driven mad by logic, by the ugly and alien logic of predestination…poetry partly kept him in health.”