This interest in the saints “is not an interest of mere pious curiosity. It is inspired by the growing realization that the saints, and the saints alone, have found what all other men are vainly seeking – a real life. It is beginning to dawn on the intelligence of those who are sincerely searching for the truth and who, with unprejudiced minds, are seeking for a solution to the problem of existence that the real men and women are the saints and it is only they who know what life is” (The Holy Spirit, p. 11, Father Edward Leen).

Father Leen. a great spiritual writer who died in 1956, adds: “Earnest souls are beginning to regard the saints…as men and women who have received a deep initiation into the secret of living and who are, in consequence, apt to initiate others. It is felt that they alone know while all others are but groping in a state of more or less blindness. The saint is recognized to be the one who really succeeds in finding life and is, therefore, studied chiefly as an ‘essayist on living’. They considered their highest knowledge to be…persevering contact with God.”

Take, as one example, Father Solanus Casey, who lived and worked for many years in Detroit as the door-keeper at Saint Bonaventure’s (not very far from where I am writing this note). Although he is presently only “Venerable,” this Capuchin priest who died in 1957, now under consideration for beatification, was deeply initiated into the true meaning of life. As a consequence of this initiation he had great confidence in God and a profound love for the poor and sick. A number of books have been written about his ministry to the sick (who would come to see him at St. Bonaventure’s where he was a simple porter) and the many healing miracles attributed to him (from which he got the reputation as a miracle worker). His simple life touched the lives of so many people seeking hope, healing and encouragement, and continues to do so. I have personally sought his intercession at the site of his tomb in the Solanus Casey Center in Detroit, and I know many other people who have done likewise (see solanuscenter.org). Father Solanus, pictured below, is one example of how a “Saint” shows to us the true meaning of life. 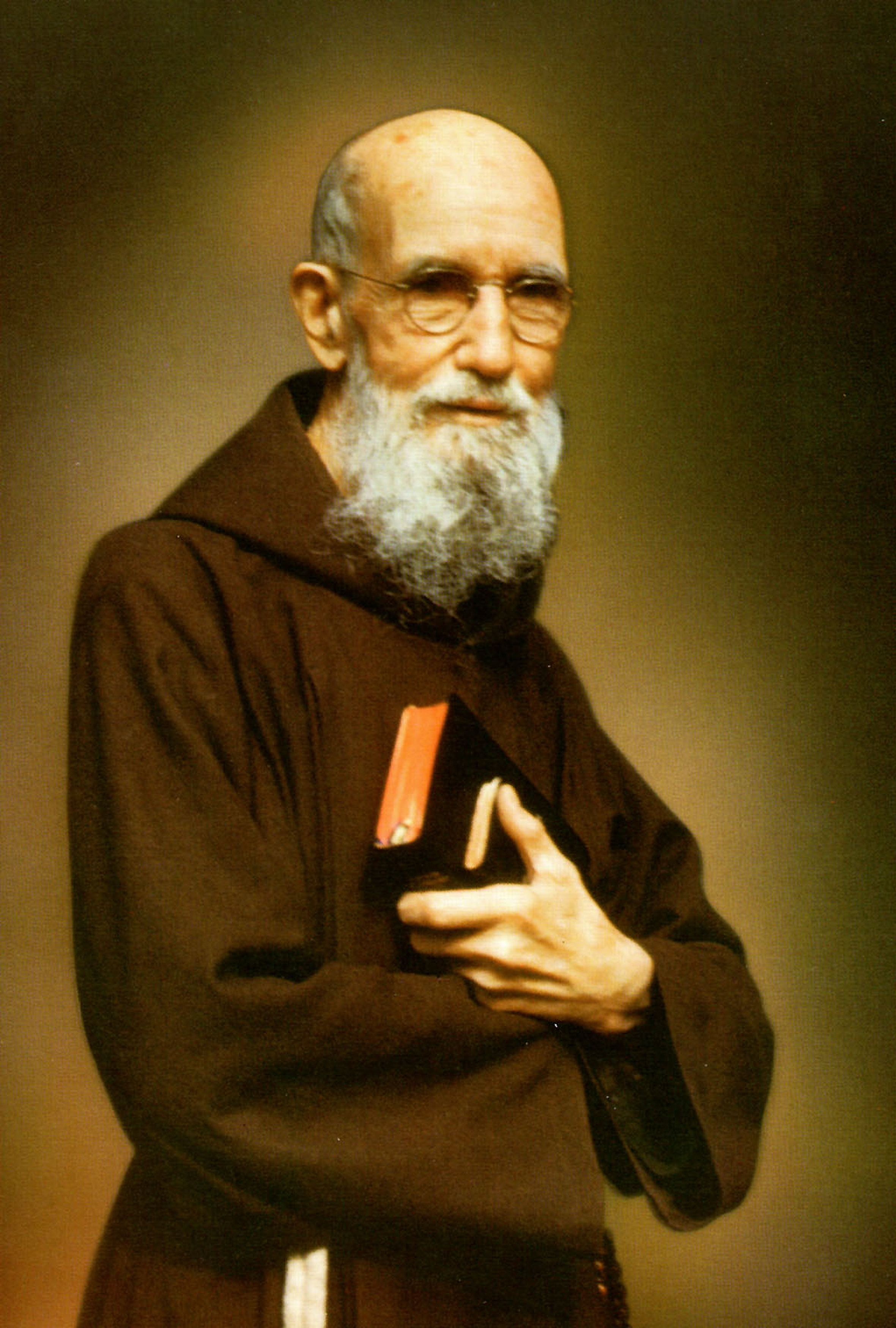 Take, as another example, the renowned and holy priest of Ars, Saint John Vianney. He died in 1859 and was canonized in 1925. He labored incessantly to restore the faith and vitality of the villagers in Ars, sometimes spending up to 18 hours a day in the confessional. He lived a very austere and mortified life. One thing we can learn from his life, in contrast to the cynicism and anti-supernaturalism of our age, is that miracles actually do occur. This saintly priest tells us in his own written words of a miracle he personally witnessed. He tells a story  about a parishioner of his who was having trouble believing the host really becomes the body of Jesus Christ at Mass. The parishioner said a sincere prayer to the Blessed Virgin Mary asking her to help him believe. St. John Vianney then relates what happened as he was distributing communion:

“I do not say this happened to someone else, but that it happened to myself. At the moment this man came up to receive Holy Communion, the Sacred Host detached Itself from my fingers while I was still a good way off, and went off Itself and placed Itself upon the tongue of that man.”

And in more recent times we have the Eucharistic prodigy involving Blessed Alexandrina da Costa. Her life was one of expiatory suffering and was intimately tied to the Passion of Jesus. She lived exclusively on the Eucharist for 13 years and was beatified by Pope John Paul II on April 26, 2004, now himself a Saint! To understand the incredible magnitude of this Eucharistic miracle, consider for a moment that a human being would be lucky to survive even one week without water.

There is a beautiful book about her by Francis Johnston in which is revealed the revelation she received that many people would become “ardently Eucharistic” through devotion to her. Please note that she was placed in a hospital for forty days and under intense observation was observed to keep her Eucharistic fast, living only on the Bread of Life, which was her sustenance (the official report of Dr. Araujo “confirmed the prodigy as ‘scientifically inexplicable,’ [and stated] it is absolutely certain that during forty days of being bedridden in hospital [Alexandrina] did not eat or drink….”).

She died in 1955. The manner in which she predicted the supernatural decomposition of her body was observed to have occurred, and no doubt this sped up the process of her rapid beatification. If you are looking for truth, the life of Blessed Alexandrina da Costa says look to the Eucharist!

A great spiritual writer, Father John G. Arintero, tells us that “one saint is sufficient to illumine a century.” And in our present times how many of us were greatly influenced – and even returned to the Catholic faith – because of the illuminating life of Saint Pope John Paul “the Great.” It is not possible in this short note to relate how this priest, pastor, philosopher and Pope, not to mention mystic and theologian, profoundly influenced the course of the Church and world events for the better. But his impact and holiness were so huge that he has already been canonized a Saint, and there is little doubt that his encyclicals and other papal writings will greatly guide the church for years and decades to come. And what does this saint tell us?: he tells us that a major turning point in his life, in his growth in holiness, was the consecration of his life to the Virgin Mary.

And Blessed Mother Teresa will be canonized by Pope Francis on September 4th of this year. And she too had a huge impact on the world through her devotion to the poor. And, like Pope John Paul II, she made and greatly valued the DeMontfort consecration to the Blessed Virgin Mary. Additionally, she placed a high priority on the Eucharist and Eucharistic adoration. She was always seen carrying a rosary. An excellent book which sets forth the nature of her mystical life, and the communications she received from Jesus and Mary, is Come Be My Light by Father Brian Kolodiejcchuk.

The great spiritual writer, Father Albert M. Weiss, says that those who “receive the saints” find a “great means of salvation.” He adds: “A people will never fall hopelessly into corruption as long as they have a single saint.”

Can we not see that the lives of the saints, with all their supernatural manifestations of grace, show us what truth really is and WHO truth really is?

The Saints are so many mirrors reflecting the life of Jesus Christ. And Jesus Christ is the Way, the Truth, and the Life (John 14:6).

References: The Holy Spirit by Father Edward Leen; Saint John Paul the Great by Jason Evert (see quote by Cardinal George on back cover); Nothing Short of a Miracle by Patricia Treece; Alexandrina: The Agony and the Glory by Francis Johnston; The Mystical Evolution by Father John G. Arintero; The Little Catechism of the Cure of Ars (TAN); and Dictionary of Saints by John Delaney.