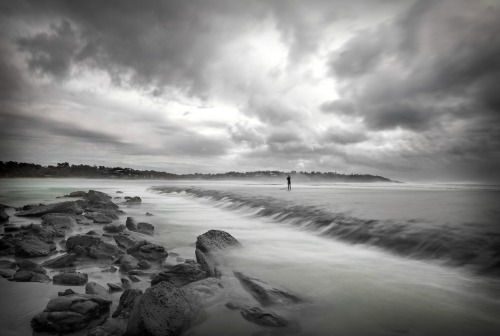 “The Eucharist is too great a gift to tolerate ambiguity and depreciation.” (Saint Pope John Paul II)

Saint Pope John Paul II was clearly concerned about the dark clouds of Eucharistic ambiguity hovering over the Church. He therefore wrote an encyclical on the Eucharist where he specifically stated the following:

“It is my hope that the present Encyclical Letter will effectively help to banish the dark clouds of unacceptable doctrine and practice, so that the Eucharist will continue to shine forth in all its radiant mystery (Ecclesia de Eucharistia, no.10).”

This great Pope and Saint was deeply concerned about the “shadows” and “confusion” that obscured the sacramental nature of the Eucharist and even encouraged practices contrary to the well established disciplines of the Church. The Pope, expressing his own personal grief over these developments, said in the encyclical:

“Unfortunately…there are also shadows. In some places the practice of Eucharistic adoration has been almost completely abandoned. In various parts of the Church abuses have occurred, leading to confusion with regard to sound faith and Catholic doctrine concerning this wonderful sacrament. At times one encounters an extremely reductive understanding of the Eucharistic mystery. Stripped of its sacrificial meaning, it is celebrated as if it were simply a fraternal banquet. Furthermore, the necessity of the ministerial priesthood, grounded in apostolic succession, is at times obscured and the sacramental nature of the Eucharist is reduced to its mere effectiveness as a form of proclamation. This has led here and there to ecumenical initiatives which, albeit well-intentioned, indulge in Eucharistic practices contrary to the discipline by which the Church expresses her faith. How can we not express profound grief at all this? The Eucharist is too great a gift to tolerate ambiguity and depreciation (Ecclesia de Eucharistia, no. 10).”

In his encyclical on the Eucharist Pope John Paul II reaffirmed the teaching of the Council of Trent that one must be in a state of grace in order to properly receive Holy Communion. The Pope states:

“Along these same lines, the Catechism of the Catholic Church rightly stipulates that ‘anyone conscious of a grave sin must receive the sacrament of Reconciliation before coming to communion’. I therefore desire to reaffirm that in the Church there remains in force, now and in the future, the rule by which the Council of Trent gave concrete expression to the Apostle Paul’s stern warning when it affirmed that, in order to receive the Eucharist in a worthy manner, “one must first confess one’s sins, when one is aware of mortal sin (Ecclesia de Eucharistia, no.36).”

Furthermore, the Pope stresses in his encyclical the impossibility of sharing Holy Communion with other ecclesial communities.

“Precisely because the Church’s unity, which the Eucharist brings about through the Lord’s sacrifice and by communion in his body and blood, absolutely requires full communion in the bonds of the profession of faith, the sacraments and ecclesiastical governance, it is not possible to celebrate together the same Eucharistic liturgy until those bonds are fully re-established. Any such concelebration would not be a valid means, and might well prove instead to be an obstacle, to the attainment of full communion, by weakening the sense of how far we remain from this goal and by introducing or exacerbating ambiguities with regard to one or another truth of the faith. The path towards full unity can only be undertaken in truth. In this area, the prohibitions of Church law leave no room for uncertainty,92 in fidelity to the moral norm laid down by the Second Vatican Council (Ecclesia de Eucharistia, no.44).”

Finally, in his Apostolic Exhortation, Reconciliation and Penance (a document highly relevant to the proper reception of Holy Communion), Pope John Paul II warned the Church against trying to create a theological category out of psychological considerations and mitigating circumstances, stating:

“But from a consideration of the psychological sphere one cannot proceed to the construction of a theological category, which is what the ‘fundamental option’ precisely is, understanding it in such a way that it objectively changes or casts doubt upon the traditional concept of mortal sin.

While every sincere and prudent attempt to clarify the psychological and theological mystery of sin is to be valued, the Church nevertheless has a duty to remind all scholars in this field of the need to be faithful to the word of God that teaches us also about sin. She likewise has to remind them of the risk of contributing to a further weakening of the sense of sin in the modern world (no.17).”

“However, the church reaffirms her practice, which is based upon sacred scripture, of not admitting to eucharistic communion divorced persons who have remarried. They are unable to be admitted thereto from the fact that their state and condition of life objectively contradict that union of love between Christ and the church which is signified and effected by the eucharist. Besides this there is another special pastoral reason: If these people were admitted to the eucharist the faithful would be led into error and confusion regarding the church’s teaching about the indissolubility of marriage.”

The Bishops of the Synods on the Family convened by Pope Francis strongly reaffirmed the decisive authority of Familiaris Consortio in their final report to the Holy Father, making it the document of definite reference. The attempt by some Bishops (in the two Synods) to build a consensus to allow an exception for divorced and civilly remarried Catholics to receive Holy Communion did not occur. Familiaris Consortio is the definite law of the Church and stands supreme over any Eucharistic ambiguity some in the Church have tried to create, much to the confusion of the faithful.

Chapter Eight of Pope Francis’ Amoris Laetitia references the authority of Familiaris Consortio and nowhere claims to change or contradict it. As Cardinal Gerhard Mueller, Pope Francis’ prefect of the Congregation for the Doctrine of the Faith, said: “If Amoris Laetitia intended to rescind such a deeply rooted and such a weighty discipline, it would have expressed itself in a clear manner and it would have given the reasons for it. However, such a statement with such a meaning is not to be found in [the document]. Nowhere does the pope put into question the arguments of his predecessors.” Moreover, any claimed ambiguity in Amoris Laetitia must be read against the clear and decisive prohibition contained in No. 84 of Familiaris Consortio, which strictly prohibits Holy Communion for divorced persons who have remarried without an annulment. As Saint John Paul II reminds us, “The Eucharist is too great a gift to tolerate ambiguity and depreciation.” 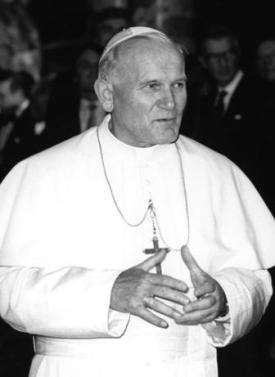 “In this context, appropriate allowance is made both for God’s mercy towards the sinner who converts and for the understanding of human weakness. Such understanding never means compromising and falsifying the standard of good and evil in order to adapt it to particular circumstances. It is quite human for the sinner to acknowledge his weakness and to ask mercy for his failings; what is unacceptable is the attitude of one who makes his own weakness the criterion of the truth about the good, so that he can feel self-justified, without even the need to have recourse to God and his mercy. An attitude of this sort corrupts the morality of society as a whole, since it encourages doubt about the objectivity of the moral law in general and a rejection of the absoluteness of moral prohibitions regarding specific human acts, and it ends up by confusing all judgments about values.” (Veritatis Splendor, 104).

Ref. I am grateful to Fr Raymond J de Souza for pointing out the importance of Reconciliation and Penance, no. 17, with respect to the issues in question.