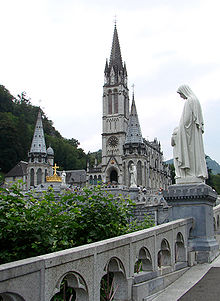 1. It is an infallible doctrine of the Catholic Church promulgated by Pope Pius IX , ex cathedra  (from the chair of St. Peter) on December 8, 1854. The Papal Bull reads:
“We declare, pronounce and define that the doctrine which asserts that the Blessed Virgin Mary, from the first moment of her conception, by a singular grace and privilege of almighty God, and in view of the merits of Jesus Christ, Savior of the human race, was preserved free from every stain of original sin is a doctrine revealed by God and, for this reason, must be firmly and constantly believed by all the faithful.”

“With these words in 1854, Pope Pius IX in the Papal Bull Ineffabilis Deus, declared Mary’s Immaculate Conception to be dogma. Pius was simply affirming a long-held belief of many Christians East and West before him, that Mary was conceived free of the stain of original sin, on account of Christ’s work, in order to bear God-made-flesh.”  (From Saint John Cantius Parish web-site)

2. The dogma is confirmed four years later (in 1858) by the Blessed Virgin Mary herself in the most famous of her apparitions at Lourdes. At Lourdes, when asked her name by St. Bernadette, Mary responded in an extraordinary fashion, saying, “I am the Immaculate Conception.” Since then, Lourdes has been the situs of countless miracles (photo above, Rosary Basilica at Lourdes).

3. Some of the early Reformers, such as Martin Luther, at least initially stood firmly behind this doctrine in that they saw that Mary would have to be a pure and sinless vessel in order to communicate to Jesus his sacred and holy body. The following quote from Martin Luther is illustrative:
“It is a sweet and pious belief that the infusion of Mary’s soul was effected without original sin; so that in the very infusion of her soul she was also purified from original sin and adorned with God’s gifts, receiving a pure soul infused by God; thus from the first moment she began to live she was free from all sin.”Martin Luther, (Sermon: “On the Day of the Conception of the Mother of God,” 1527).
4. Contrary to popular belief, the doctrine has strong scriptural support in that:
A. Gabriel announces that Mary is “full of grace” (Luke 1:28). If Mary is full of grace it follows that she is without sin (note how the angel does not call Mary by her name, but rather by a title, saying:“Hail, full of grace”  – and the angel is God’s messenger). The Ignatius Catholic Study Bible defend the traditional translation, “Hail, full of grace,” as against some modern translations, stating: “[The Greek word used by Luke], kecharitomene, indicates that God has already graced Mary previous to this point, making her a vessel who ‘has been’ and ‘is now’ filled with divine life. Alternative translations like ‘favored one’… are possible but inadequate.”
B. Saint Luke (in his Gospel) and Saint John (in the Book of Revelation) identify Mary as the  Ark of the New Covenant, thus comparing her to the all-holy Ark of the Covenant in the Old Testament. See “Topical Essay: Mary Ark of the Covenant” in The Ignatius Catholic Bible Study or click the following on-line article from This Rock: Mary, the Ark of the New Covenant | Catholic Answers
C.  Mary’s Immaculate Conception is internally consistent with the doctrine of Original Sin (which flows from a number of Old and New Testament passages, especially at Romans 5:12-21). Since original sin is transmitted by physical generation, it follows logically that Jesus, who was born without sin, would have to be born from a spotless womb. Mary is that pure and spotless vessel: the woman who overflows with God’s grace; and
D. John the Baptist was sanctified in his mother’s womb. At Luke 1:15 it states that John the Baptist was filled with the Holy Spirit even from birth. The passage, in context, reads as follows:
Then an angel of the Lord appeared to him, standing at the right side of the altar of incense. When Zechariah saw him, he was startled and was gripped with fear. But the angel said to him: “Do not be afraid, Zechariah; your prayer has been heard. Your wife Elizabeth will bear you a son, and you are to give him the name John. He will be a joy and delight to you, and many will rejoice because of his birth, for he will be great in the sight of the Lord. He is never to take wine or other fermented drink, and he will be filled with the Holy Spirit even from birth. Many of the people of Israel will he bring back to the Lord their God. And he will go on before the Lord, in the spirit and power of Elijah, to turn the hearts of the fathers to their children and the disobedient to the wisdom of the righteous—to make ready a people prepared for the Lord.” (Luke 1:11-17)
The angel then identifies himself as Gabriel, the same angel of Mary’s annunciation a few lines later at Luke 1:26, who addresses Mary, not by a name, but by a title, “Hail, Full of grace.”  The point is obvious (I think its obvious): if John was filled with the Holy Spirit from birth, what was done in God’s providence to prepare Mary to be the mother of God? Luke then, as you know, makes a direct comparison between Mary and the Ark of the Covenant, implying the incredible magnitude of her sanctity and holiness. All of this fits in very nicely with the Church’s proclamation of her Immaculate Conception.