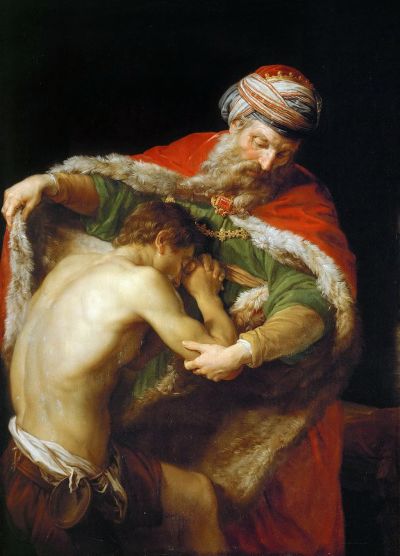 The Bible says “confess your sins to one another” (James 5:16). The precise context of this verse from James is a priest (an elder) coming to the home of a sick man to administer the sacrament of anointing (James 5: 14-15), so the strong context of James 5:16 is a sick man, being anointed, and confessing his sins to a priest.

The well-regarded Protestant Bible commentary, Pulpit Commentary, confirms that James 5:16 leans towards the confession of sins to an ordained minister:

…on the other hand, it is unfair to lose sight of the fact that it [James 5:16] is directly connected with the charge to send for the elders of the Church. Marshall, in his’ Penitential Discipline,’ is perfectly justified in saying that St. James “hath plainly supposed the presence of the elders of the Church, and their intercession to God for the sick penitent, and then recommended the confession of his faults in that presence, where two or three assembled together in the Name of Christ might constitute a Church for that purpose” (‘Penit. Discipline,’ p. 80). We may, perhaps, be content with saying, with Bishop Jeremy Taylor, “When St. James exhorts all Christians to confess their sins one to another, certainly it is more agreeable to all spiritual ends that this be done rather to the curate of souls than to the ordinary brethren”

The Ignatius Catholic Study Bible states that the “command” to confess your sins to one another in James 5:16 “must be interpreted within the context of the anointing rite where the elders (i.e., priests) presumably hear the confession of the sick person before his sins are remitted through the sacrament (James 5: 14-15). Such confession…is implicitly mandated by the teaching of Jesus (John 20:23).”

The Catholic practice of confessing our sins to a priest is, therefore, very Biblical. When you consider, as well, that Jesus specifically empowered his priests to forgive sins when he breathed on the apostles at John 20: 21-23 (“Receive the Holy Spirit. If you forgive the sins of any, they are forgiven”), it becomes quite evident that confessing one’s sins to a priest is the Biblical model. Could it be that Jesus – whose own ministry involved the forgiveness of sins in a very personal manner –  knew that the spiritual and psycho-therapeutic effects of confessing our sins to an ordained spiritual guide (a priest) could be quite liberating?

Note: According to Catholic Answers, “The English word “priest” is derived from the Greek word presbuteros, which is commonly rendered into Bible English as “elder” or “presbyter.”

Image: The Return of the Prodigal Son by Pompeo Batoni, 1773. Public Domain, U.S.A.