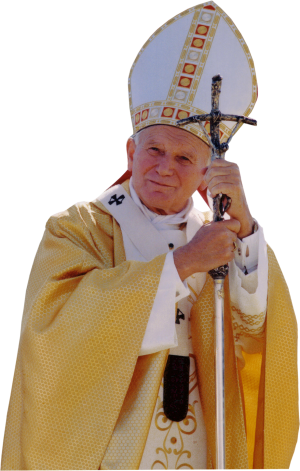 “The negative moral precepts, those prohibiting certain concrete actions or kinds of behavior as intrinsically evil, do not allow for any legitimate exception. They do not leave room, in any morally acceptable way, for the ‘creativity’ of any contrary determination whatsoever.” (Saint John Paul II, Veritatis Splendor 67)

It what can only be considered a very bizarre and incongruous occurrence, the Vatican (after firing professors loyal to Pope John Paul II’s vision of marriage and family) has recruited two professors who argue for the moral goodness of homosexual acts to teach at the John Paul II Institute in Rome (one immediately visualizes Saint John Paul II turning over in his grave!).

These two professors are Father Maurizio Chiodi and Fr. Pier Davide Guenzi. Both of these priests, apparently relying on the rationale of Pope Francis’ Amoris Laetitia, have argued for the moral goodness of homosexual acts.

Diane Montagna reports that “in a February 2019 interview with Avvenire, Fr. Guenzi argued on the basis of Amoris Laetitia that homosexual relationships can be morally good.” Guenzi said:

“Urged on by the experiences of homosexual believers today we are invited to understand how … the bond between man and woman does not exhaust all human forms of expression, even from the affective point of view.”

And Father Chiodi (who also maintains that artificial contraception can be morally justified!) stated in July of 2019:

What we see, then, is Catholic morality (via Amoris Laetitia) being turned on its head and essentially destroyed as the very things it declares to be intrinsically evil are taught to be good! Can this possibly work out well for the Church, or does it point to a moral collapse preceded by a spiritual one?

In the meantime the very things Saint John Paul II stood for, and for which his Institute was formed, are in essence being used against him. Perhaps the Institute should be renamed in favor of Pope Francis, architect of the new morality.

Or, if Pope Francis is truly interested in protecting the faithful from such clearly erroneous teachings, he should immediately intervene to stop these types of heretical moral theories from being taught to the faithful. That is precisely what a Pope is supposed to do.