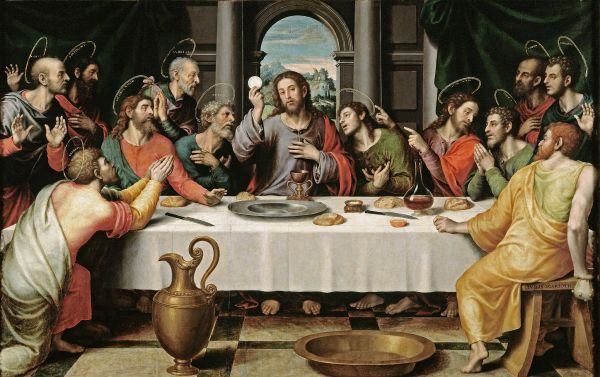 “…amazement should always fill the Church assembled for the celebration of the Eucharist. I would like to rekindle this Eucharistic “amazement” (from Ecclesia de Eucharistia, by Saint Pope John Paul II)

“Look at history. (This is the single clearest reason why I became a Catholic: because I looked at history.) Not a single Christian in the world for 1000 years doubted or denied the Real Presence of Christ in the Eucharist. The 11th- century heretic Berengar of Tours was the first, and there were no others until the 16th century, except the heretical Waldensians and Albigensians. The Albigensians were the most hated and feared heretics in the history of Christendom, and they were totally wiped out either by plague, persecution, birth dearth, or repentance.

Now comes the supreme irony. What is it that the Eucharist provides? The very thing Protestant evangelicals cherish the most: the Real Presence of Christ and our real union with Christ, “accepting the Lord Jesus Christ as your personal Savior” in the most real, total, complete, personal, concrete, and intimate way!” ( from the book Jesus-Shock, pp. 106-107, by Peter Kreeft).